Every Grain of Sand

from Lay It All Down by Mike Lawson & Friends 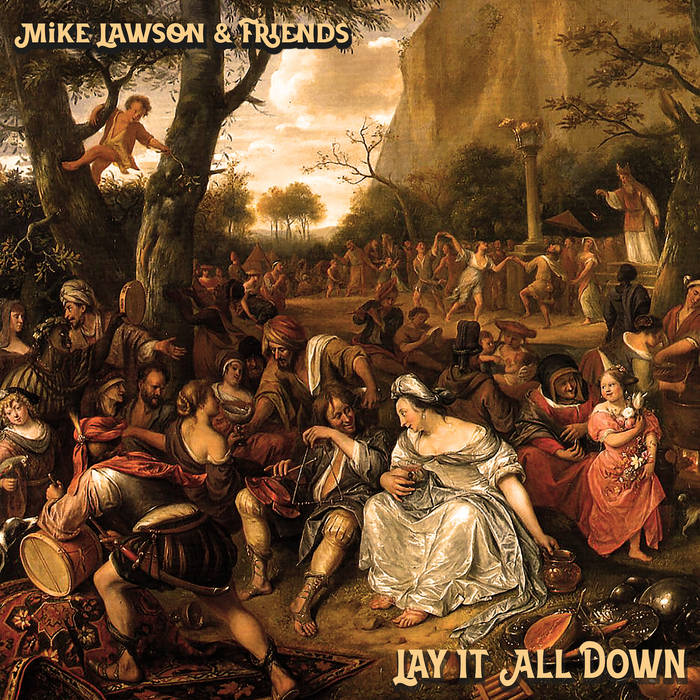 I can remember well the day I bought Shot of Love as a teenager. It was an odd album to new Dylan fans who came to him because he converted publicly to Christianity and made two gospel albums, and even won a Grammy in the process. I loved Bob Dylan from the time I was a little kid and was taught Blowing in the Wind in elementary school, and was soon off on my own to discover the other sides of him. My family members were not fans, so I had to listen quietly.

I dabbled around the church. as he did those same years. It was my early/mid teens and it gave me some wisdom I still keep, and it gave me a respite from a very difficult life at home.

It also gave me a place to sing, and play guitar from time to time, thought the teen preacher guy would not let me play often, saying I had "stars in my eyes and will end up like his brother-in-law," who was still chasing the dream in his 30s and playing in biker bars and whatever shady clubs he could.

Well that preacher did not really understand where I was coming from or the importance music held in me. I wasn't interested in stardom and fame, I was interested in escaping poverty and a rough upbringing. Music was my ticket out. I stayed around the scene about as long as Bob seemed to, and when this half-gospel but half not album came about, I got where Bob was coming from. I was ready to leave the fan club too, keep what was good from the red letters, and join him again on his next chapter, Infidels.

I loved this song then, and I love it now. I had wanted to record it for years, but had some false starts. I really wanted to do it with Noah Wall, from The Barefoot Movement, because she has such a tender, angelic voice when she wants to use it that way, though she can surely belt, too. By coincidence, the producer of Shot of Love for Dylan had recently produced The Barefoot Movement's latest album. Cool. I love serendipity.

I finally was messing around with it to this drum loop and came up with an arrangement I liked, and of course, sent it straight away to Joe who picked up immediately one what to do to make those drums a "real boy."

I played the Fender Bass VI on it, having enjoying watching The Beatles documentary seeing both John and George playing it, and thought it would be nice to play some chords and bass runs together on it. It was. I sent it to Phil with my vocal, bass, guitar, and Noah's vocal on it was added. Finally, off to Scott Guberman, who always knows how to bring the Hammond to church. I love the way they all contributed to it. This was the second song I brought to Phil to play on, and he sent me his parts while I was stuck in a snowstorm in Cleveland, Ohio, so I spent hours in my hotel room with Pro Tools open.

When Bob came though Nashville and played the Roman Auditorium, he closed with Every Grain of Sand. That felt good.

In the time of my confession, in the hour of my deepest need
When the pool of tears beneath my feet flood every newborn seed

Don't have the inclination to look back on any mistake
Like Cain, I behold this chain of events that I must break

In the fury of the moment, I can see the master's hand
In every leaf that trembles, in every grain of sand

Oh, the flowers of indulgence and the weeds of yesteryear
Like criminals, they have choked the breath of conscience and good cheer

Then onward in my journey, I come to understand
That every hair is numbered like every grain of sand

I have gone from rags to riches in the sorrow of the night
In the violence of a summer's dream, in the chill of a wintery light

I hear the ancient footsteps like the motion of the sea
Sometimes I turn, there's someone there, at times it's only me

I'm hanging in the balance of the reality of man
Like every sparrow falling, like every grain of sand