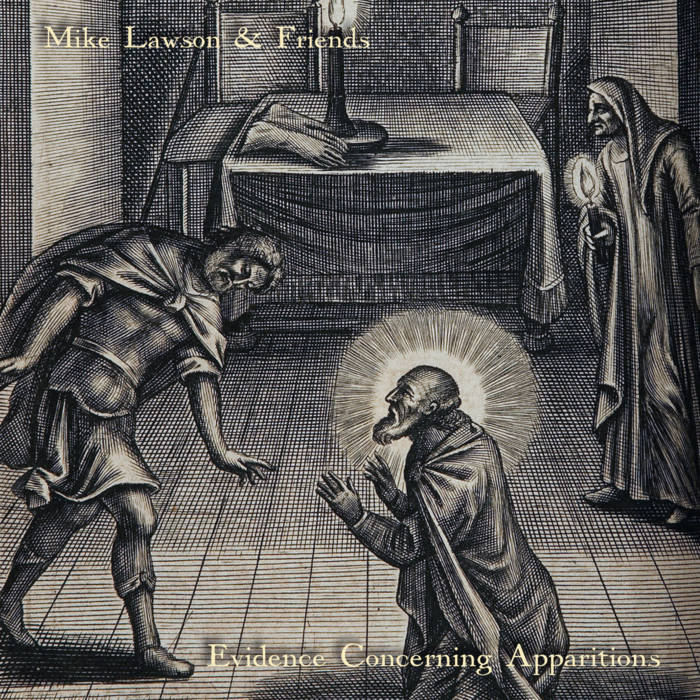 Literally, it is “proof of ghosts,” or to me, things that have or will likely always haunt me in some way.

The title of the album’s origin is a shortened version of the book: “Saducismus triumphatus or, Full and Plain Evidence Concerning Witches and Apparitions. In two parts. The first treating of their possibility. The second of their real existence.”

This is a book on witchcraft by Joseph Glanvill, published posthumously in England in 1681. The book sought to affirm the existence of witches with malignant supernatural powers of magic, and attacked skepticism concerning their abilities. Glanvill likened these skeptics to the Sadducees, members of a Jewish sect from around the time of Jesus who were said to have denied the immortality of the soul.

The impetus for that work was the dawning age of “the enlightenment” when people were beginning to put their faith and understanding into rational thought, reason and science. The clergy greatly feared this newfound age of scientific research and rational non-religious thought would lead people to no longer believe in the superstitions and religious ideals or even a God.

In this I saw allegories to modern times: people willing to believe and propagate absurd conspiracies over facts, magical thinking, science deniers, people shunning vaccines, denying environmental changes, embracing demagogues, while living under threat of a new viral plague – convinced of the underlying premise of this book by Glanvill which most have not heard of. These purveyors of modern evangelical Christianity have so bastardized its original intent as to make it unrecognizable, leaving me to adopt a somewhat Jeffersonian view of the religion, admiring the morals and red letters, but disdainfully skeptical of the fan-club.

The cover features a biblical wood carving from the book wherein King Saul, who had banished witches, sought the witch of Endor, who summoned the ghost of the prophet Samuel. Samuel’s ghost warned him of a pending battle which he would lose, along with his life. He in the end regrets his decisions to seek help from dark sources.

In this I found personal allegories, seeing loved ones and friends turning to superstition, conspiracies, propaganda, delusions, horoscopes, tarot cards, abandoning rational for magical thinking, It some cases it ruined relationships, in my case sending me on a new journey to where my life is today.

The thrill is gone from my previous life. It was breaking down. Quincy Jones once said to me “I feel your Leo soul,” but what he saw was now the crippled lion’s soul.

I sought a new life, found a wonderful loving new wife, but still managed my wounds, battling memories, while hyper vigilante to be a good father to my autistic adult daughter and hoping she could understand and let my love shine over her. Commitment to my new reality sets in, wild horses couldn’t drag me from it. I needed a beautiful harmony. I start to see the rough waters calm for two people adrift like two ships at sea. I knew I was a lucky man; I couldn’t win like this again.

Then the world is hit with Covid-19, and tens of thousands were dying, with no end in sight, robbing them from walking in the morning dew, wondering where everyone has gone. People left needing hope the world over, a golden future time to look forward to, but worried that even in that happening, some will still be more equal than others.

I look around at all I have, and it comes into focus. I have to be like a road leading home for those who love and need me. No superstition, no evidence for it, or ghosts. There is only what I make of love and life.

Two dozen musicians from across the USA, Argentina, England, Palestine, Spain, and Brazil participated in making this album. I hope you enjoy it. – ml